There are currently no medical treatments approved by the FDA for addressing the disabilities that come with autism. There is plenty of research – over 37,000 peer-reviewed papers touch on various facets of autism. Surprisingly, only a fraction of the research examines how autism affects the body and the brain in medical terms, such as looking at the effects on the immune and metabolic systems. Plus, there is very little translational research, which translates medical research studies into medical practice. That is changing – one researcher at a time. This post spotlights the work of Dr. Naviaux at University of California, San Diego. I will cover more researchers in future posts. 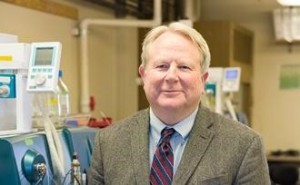 Now, onto the study: A 100 year old drug improves core symptoms of autism

Consider a 14-year-old child with autism, whose speech consists of sounds and almost-whispered single words that are hard to understand. Imagine if a single infusion of a drug could help this teenager speak, express all the emotions he feels and easily engage in everything that interests him –   games of hide-and-seek with his brother, working on a computer, sing out loud, listening to music, trying new foods. That’s what parents of a 14-year-old with autism reported after an infusion of the drug Suramin.

Dr. Naviaux recently published a randomized trial of a 100-year-old drug Suramin in 10 children with autism. About a week after the infusion of Suramin, the 14-year-old, who hadn’t spoken a complete sentence in 12 years, turned to his father and said clearly, “I want to eat chips.” In this small trial of 10 boys, five of the 10 boys received a single, intravenous infusion of Suramin. The other five boys received a placebo. All the children who received Suramin showed improvements in the core symptoms of autism. Parent accounts of each child’s improvements include:  improvements in voice quality, new language, longer and more complex spontaneous sentences, improved appetite, less picky eating, interest in trying new things, increased social interaction with other children including playing games, and more. Before-and-after standardized testing by Dr.Naviaux’s team also showed significant improvements in the Suramin group, but not in the placebo group.

What did the Suramin Autism Trial show?

Although it was a small trial, the Suramin autism trial showed a few things:

This study was small due to a lack of funding. Funding was entirely from private donations. Larger, carefully designed clinical trials will need to be funded to replicate the results and learn how to use low-dose Suramin safely in autism. Larger trials will be needed to identify drug interactions as well as detect rare side effects – for example, if a side effect presents only in 1% of individuals, you would need a trial of at least 100 individuals to detect it.

Until larger trials are done, it is important to remember that Suramin is not approved for the treatment of autism. Although a low dose of Suramin was found to be safe, Dr. Naviaux cautions that when administered improperly by untrained personnel, at the wrong dose and schedule, without careful measurement of drug levels and monitoring for toxicity, Suramin can cause harm.

That was a quick summary. Read on for more details on Dr.Naviaux’s theory of the cause of autism and the treatment for autism.

Dr. Naviaux’s Theory of the cause of autism – “Cell danger response”

In 2013, Dr. Naviaux proposed a new theory for the cause and treatment of autism, based on the theory of “Cell Danger Response”. As you know, metabolism is the term for the collection of all the chemical reactions that the body needs to survive. What Dr. Naviaux’s theory says is that autism symptoms in some children are caused by a disorder that affects metabolism. He believes both genes and environmental factors contribute to this disorder.

Despite the name, the Cell Danger Response isn’t always bad. In fact, it is a natural and universal way that cells respond to any injury or stress. The Cell Danger Response helps protect the cell and jumpstarts the healing process. Dr. Naviaux has found that sometimes the Cell Danger Response gets stuck. When this happens, cells behave as if they are injured or facing danger – even though the original cause of the injury or threat has gone away. This prevents completion of the natural healing cycle and permanently alters the way the cell responds to the world. It creates an incorrect metabolic memory which makes cells respond to the world in an abnormal way.

What’s the connection between Cell Danger Response and autism?

When the cell danger response gets stuck and starts to respond to the world in an abnormal way, it can cause chronic disorders. In 2014-15, Dr. Naviaux published experiments in mouse models showing that when mother mice are exposed to a virus-like stress while pregnant, the cell danger responses of their pups can become permanently activated – kind of like a switch that stuck at “On” setting and unable to turn off. When this happens during early child development, he believes it causes autism and many other chronic childhood disorders. One effect of permanently activating the cell danger response is that it affects the normal growth of connections between neurons in our children’s developing brains. This causes behaviors in mice that bear a strong resemblance to behaviors associated with autism in humans. The activation of the cell danger response also causes a variety of abnormalities in the immune and metabolic systems of the body – many of which we also see in our own children.

When the cell danger response gets stuck later in life, it can exhaust the immune system and lower the ability to fight chronic infections. When it swings in the other direction, the immune system takes on a hair trigger and it leads to inflammatory and autoimmune disorders. In both cases, it increases the prevalence of chronic disease.

A second discovery of Dr. Naviaux’s lab was that a type of signaling between cells called “purinergic signaling” keeps the cell danger response in the stuck state. Dr. Naviaux’s theory says that this metabolic syndrome can be treated through a category of drugs called “antipurinergics.” Antipurinergic drugs send a cellular all’s clear safety signal like the one that is announced when a fire is extinguished telling you it is safe to return to school.

In the mice studies, Dr. Naviaux showed that therapy with a 100-year old antipurinergic drug called Suramin could reverse autism-like behaviors in a mouse model of autism. Dr. Naviaux also showed that this is also the case for mice that model genetic causes of autism, such as Fragile X Syndrome. This shows that anti-purinergic therapy (APT) reverses autism symptoms in mouse models. The recently published   study in 10 boys showed that Suramin reverses the core behavioral symptoms as well as metabolic abnormalities in children with autism. This implies that the Cell Danger Response theory might also underlie autism in humans. Suramin is the oldest antipurinergic drug available, and Dr. Naviaux believes it is the only one currently available that inhibits the particular purinergic receptors that cause autism.  However, other antipurinergic drugs are in development.

Dr. Naviaux’s study did not find any serious side effects or safety concerns in this first study of a single, low-dose of Suramin. Administration of Suramin did cause a rash, but this disappeared without treatment in 2-4 days. If you Google, you will find a lot on the internet about Suramin toxicity. So, here’s something that is important to know:

All that said, it is important to remember that the study was small and only 5 boys received Suramin. A study this small cannot detect rare side effects that might affect fewer than 20% (1 in 5) patients. Larger clinical trials will be needed to detect uncommon side effects.

Summing it all up

The bottom line is that the small Suramin trial was successful, but now we urgently need to fund larger trials.

I am the mother of a 9-year-old with autism. Like many children with autism, he has profound gifts and profound disabilities. He struggles to perform many basic activities in everyday life. He has many medical conditions including seizures. I want his life to be easier than it is today. I want this potential treatment, not only for my own child, but others like him.

NOTE:  The study author will be presenting this study at the upcoming National TACA Autism Conference in October 2017. For more info please see: https://www.tacanow.org/national-taca-autism-conference/