I am an old timer.  Jeff was diagnosed with autism in 1998. Some folks have more time in this journey while others have less.  There are several reasons why my family formed TACA; first, my son Jeff and the other was Bernie.

Who is Bernie?  Bernie was like an uncle to me; a great and knowledgeable person I sought for advice and answers.  Bernie treated me like family and worked tirelessly for a most important cause.  Dr. Bernard Rimland changed EVERYTHING about autism for the better.

In 1998, I was frantic and needed help.  I came across a phone number which I called and I recall that Dr. Bernard Rimland spent over one hour on the phone with me.  By the end of the call, I felt hopeful.  Wait!  I felt more than hope—I felt empowered.

As it turns out, I learned that Holly had the same experience and it was then that I knew that I was not alone.  The “old timers” like myself and Holly have countless stories of others like ourselves that have had the fortunate experience to have come across Dr. Bernard Rimland.  Quickly, Holly began to refer to Dr. Rimland as the original “Hope Whisperer”.

By the time I had spoken to Dr. Rimland, several doctors had told my family that my 2 ½ year old should be placed in a “home.”  After talking to Bernie, I knew that was not true and autism was not a “game over” diagnosis.  That simple call changed my life forever.

I have always wanted to write about Bernie for years; however, each time I tried, I began to shed tears.  I truly miss him.  Dr. Bernard Rimland passed away on November 21, 2006.  It still seems so unreal that he is gone; I can only imagine how his family feels.  Dr. Rimland’s inspiration was his son Mark who was affected by autism.

In the early 1950’s autism was blamed on bad parenting.  Mothers were described as “refrigerator moms”, a term that described mothers who were cold, unable to form any real connection with their children.  The scientist who reported this hypothesis was later dispelled by one amazing man:  Dr. Bernard Rimland.  He knew this was a completely false theory. His wife Gloria had always been kind and loving towards their children.  He set off to prove that theory wrong and change the view that bad parenting was not to blame for a child developing autism. 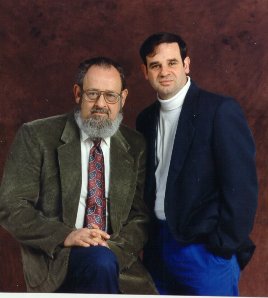 Dr. Rimland founded The Autism Research Institute and The Autism Society of America.  Over four decades, he gathered hundreds of scientists to look at autism and find potential causes, treatments and answers.  He united thousands of families under one premise:  autism is treatable.  He became the godfather of the autism medical movement.

It’s fitting to share this post about Bernie before Father’s Day. He was the ultimate caring dad to his son Mark and thousands of kids like mine.

Here are some videos about Dr. Rimland’s life and inspiration:
https://www.youtube.com/watch?v=t55oeQBx4VA

Here you can find many tributes to Dr. Rimland’s work: http://www.autism.com/index.php/about_rimland .

Bernie’s number is still on my cell phone’s contact list.  I cannot push myself to delete his phone number.  There are many times I pick up my phone looking to call Bernie; I truly miss his voice and guidance.

Bernie has been a constant driving force for many of us in the autism community.  He challenged us to do the right thing and fight seemingly insurmountable odds.  Today, he is still my “North Star”.

These are two treasured items I keep in my office; I look at them daily. 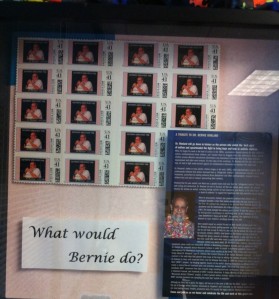 My message to families living with autism:  If you appreciate groups like TACA, you need to know who Dr. Bernard Rimland was and continues to be in our community.  He taught us so much; therefore, his legacy and work must live on.

13 thoughts on “Who is Dr. Bernard Rimland?”