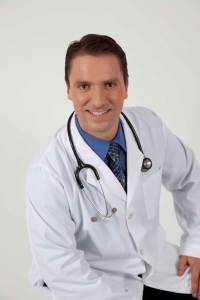 A decade ago, many researchers believed that autism was primarily a genetic disorder, and a large amount of funding was spent searching for answers in that direction. Some even believed it was ALL in the genes. The genetics of autism are interesting, but what’s more important is to understand WHY the genetic changes are occurring in the first place. The answer:  Environmental toxicity. And this toxicity doesn’t just affect the genes; it harms various organs, particularly the brain. The result:  Autism and other neurodevelopmental disorders.

A new study, published this month in PLOS Computational Biology, provides more proof that environmental toxins may be a causative factor in autism (1.) The University of Chicago examined health data from over 100 million people and compared the rates of certain congenital malformations (birth defects) to autism (ASD). We know that various chemicals (like plastics, some medications, pesticides, and others) cause birth defects; researchers wanted to know if counties in the U.S. with higher birth defects also had higher rates of ASD. A correlation could mean that the same chemicals which cause birth defects could also be responsible for ASD. The results of the study revealed a resounding YES!

Here’s the really good news: families need to know that many (not all) symptoms and co-morbid issues we see in many individuals with autism are treatable.

This study demonstrates a direct correlation between toxins causing physical birth defects and toxins causing autism. It’s not just due to random genetic changes; it’s environmentally-induced. So what do we need to do?

Put more funding into identifying specific toxins which are responsible for ASD. We need to start spending money where it will count the most. Focus on the environmental factors now that research is pointing us in that direction. Let’s identify the direct causes so we can begin reducing autism rates now.

5 thoughts on “New study: Environmental Toxicity is a Primary Factor in Autism, Not Just Genetics”